About the Cayman Islands

The Cayman Islands, comprised of Grand Cayman, Cayman Brac and Little Cayman, are a British Overseas Territory located in the western Caribbean. The islands lie East of Yucatan, Mexico and about 150 miles south of Cuba and 160 miles northwest of Jamaica. George Town, the capital, is on the western shore of Grand Cayman.

Grand Cayman, the largest and most populous of the three islands, has an area of about 76 square miles. The island is approximately 22 miles long with an average width of four miles. The two “sister islands,” Cayman Brac and Little Cayman lie approximately 75 miles east north-east of Grand Cayman and have areas 15 and 11 sq. miles, respectively.

Cayman Brac has the most spectacular terrain of the three islands and offers fantastic views of the Caribbean Sea. The Bluff, a massive limestone outcrop, rises along the length of the island, up to 140 ft. above the sea at the eastern end. Many caves have formed around the island, offering adventure for amateur spelunkers. From the Brac, divers can access one of only a few sunken Soviet naval vessels in the Western hemisphere, a Koni class frigate, built in the Soviet Union in 1984 for the Cuban Navy. The island also offers world-class rock climbing, plenty of hiking and walking trails, big game fishing and a safe, welcoming environment for the whole family.

Little Cayman, along with Cayman Brac, was spotted by Christopher Columbus on May 10, 1503. He named the islands “Las Tortugas” for the many sea turtles he found living there. Little Cayman is the least populated of the Cayman Islands and is famous for scuba diving, bird watching and a laid back Caribbean lifestyle. The island is also home to the endangered Rock Iguana as well as the Caribbean’s largest bird sanctuary, the Booby Pond Nature Reserve, offering refuge to the largest Red-Footed Booby population in the Caribbean. 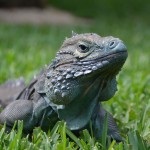 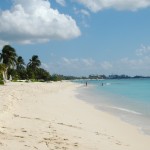 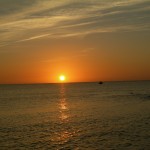